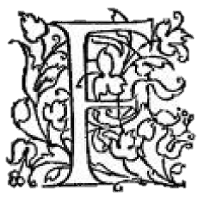 I’m carrying out research based on archival investigation in the field of history of collecting and art patronage in Renaissance and Early Modern Italy.

In my doctoral program, I’m especially investigating the painting collection and the patronage activity of the Borghese family between 1613 and 1865, and in particular of Scipione Caffarelli-Borghese (Rome, 1577 – Rome, 1633), at Villa Mondragone in Monte Porzio Catone.

I’m also interested in the applied and decorative arts and furniture history in Baroque Rome.

I investigated the early activity of Michelangelo Buonarroti in Rome and his connection with Raffaele Riario’s and Jacopo Galli’s patronage. I employed an enhanced research method inspired by the philological one developed by prof. Stefano Colonna who followed his eminent prof. Maurizio Calvesi and prof. Corrado Maltese, starting from the exploration of the biographical links among patrons, humanists and academics in Rome, Florence, Siena and Brescia areas during the Renaissance, in order to better retrace the artistic and literary environment surrounding Michelangelo.

My research output arose from the idea of pursuing a deepened knowledge and a more conscious interpretation of the artwork through a strong interaction between the art historical research and the scientific analysis. My interest was directed towards the study of the organization of the artist’s workshop and the art techniques in use between the Fifteenth and Sixteenth centuries, particularly in Rome, aiming to improve the diagnosis and preventive conservation of polychrome artworks as mural paintings.